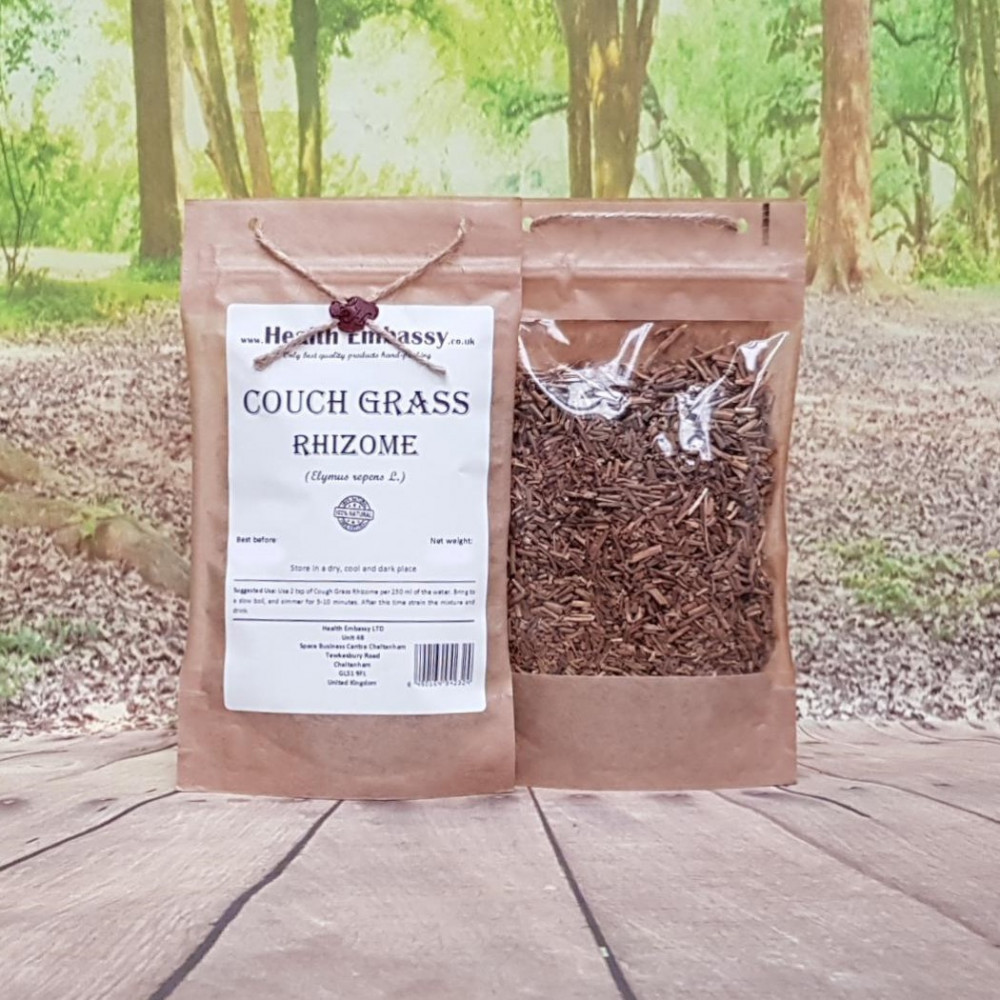 Couch Grass (Elymus repens) is native to Europe, Asia as well as Northwest Africa. It belongs to the particularly difficult to root out weeds of arable...

Couch Grass (Elymus repens) is native to Europe, Asia as well as Northwest Africa. It belongs to the particularly difficult to root out weeds of arable fields. It also occurs at the edges of forests, on glades and wasteland. Other names of the plant include common couch, twitch, quick grass, quitch grass (also just quitch), dog grass, quackgrass, scutch grass, and witchgrass.

Underground parts of the plant have found use in herbalism, in which they have been used since ancient times. During World War I, Couch Grass Rhizome was used in beer brewing, and after grounded, that herb was also added to bread flour.

Nowadays, Couch Grass Rhizome is also widely used in cosmetics, including in the form of masks, whose role is to regenerate and moisturize the skin.

How To Use Couch Grass Rhizome Health Embassy

1-3 tsp of Couch Grass Rhizome pour 200ml of water and steep it for 10-15 minutes, then strain the infusion. You can add some honey or stevia powder as a sweetener.

1-3 tsp of Couch Grass Rhizome pour 200ml of water and cook for 5-10 minutes. Then let it stand for 20 minutes to brew undercover, then strain the decoction.

You can use this decoction as a skin wash.

100g of Couch Grass Rhizome pour with 30 ml 40% alcohol. Leave to macerate for 14 days. After two weeks, filter and pour into bottles.

0.5 tbsp (approx. 2.5g) of Couch Grass Rhizome pour 1 cup (200 ml) of lukewarm water. Heat to boiling and cook slowly, covered, for around 5 minutes. Then let stand for 15 minutes and strain.

Use this mixture as a mouthwash.