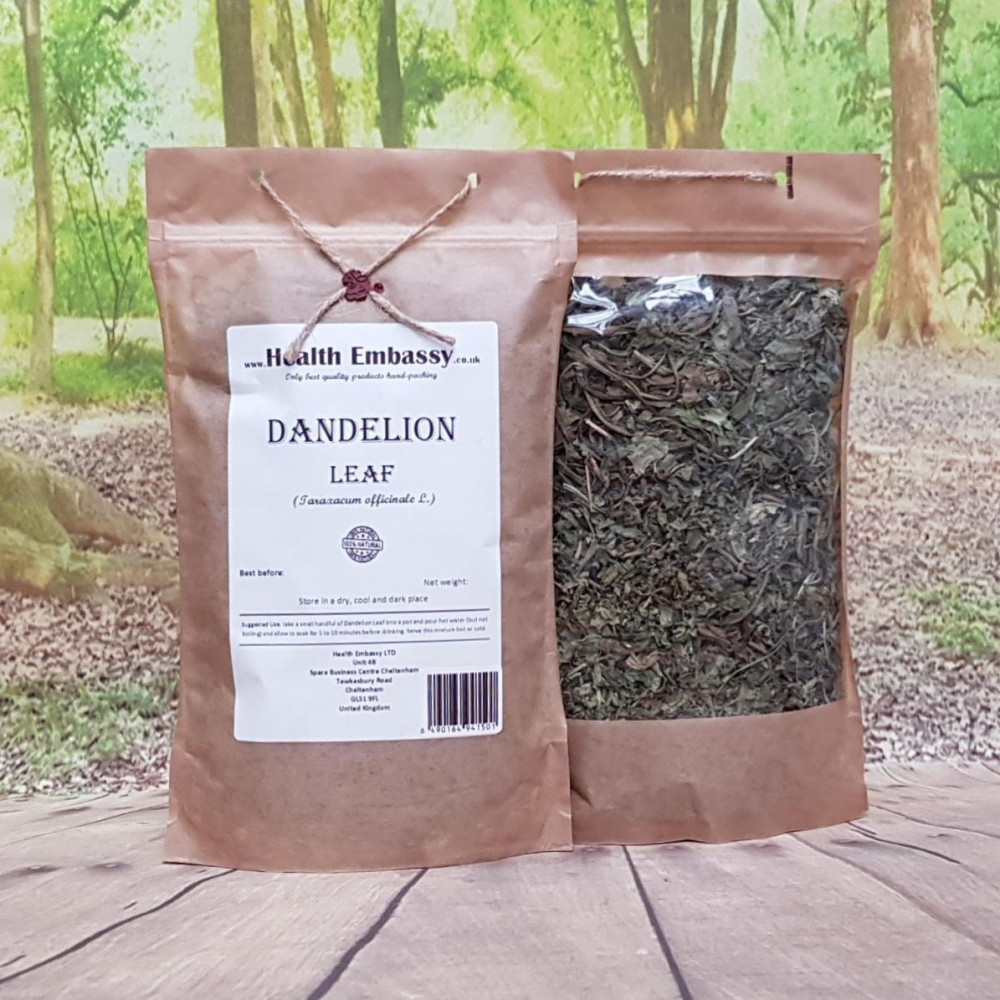 Dandelion (Taraxacum officinale) is a weed that grows widely throughout Europe, Asia and the Americas. The leaves of Dandelion plant should be harvested in...

Dandelion (Taraxacum officinale) is a weed that grows widely throughout Europe, Asia, and the Americas. The leaves of the dandelion plant should be harvested in early spring, while the flower baskets are still in buds. In the 16th century, Dandelion already appeared frequently in European herbalism and was a valued herbal material.

Dandelion is used as salad greens and in soups, and wines. Fresh Dandelion Leaves can serve as an ingredient in salads, while dried leaves might be brewed for drinking. Dried Dandelion Leaf can be consumed in the form of infusions, decoctions, or tinctures.

How To Use Dandelion Leaf Health Embassy

1-3 tsp of Dandelion Leaf pour with 200ml of boiling water. Leave to infuse covered for 10-15 minutes, then strain the infusion.

1-2 tbsp of Dandelion Leaf pour with 250ml of water. Bring it to boil and simmer for around 5 minutes, then set aside to infuse for around 10-15 minutes. After this time strain decoction.

50g of Dandelion Leaf pour with 300 ml of 40-60% strength alcohol. Leave in a dark place for maceration for 14 days. After this time filter and pour into a bottle.

It can be also used as a skin wash.