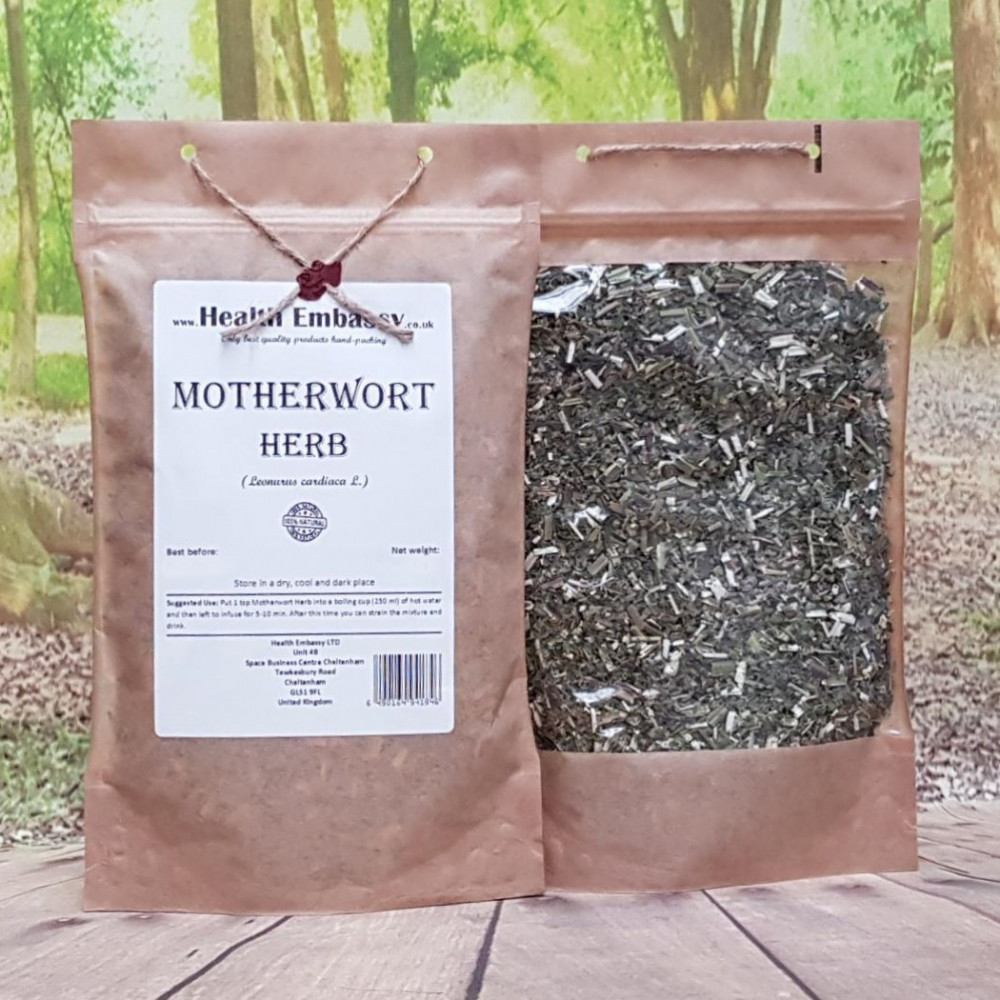 Motherwort Herb (Leonurus cardiaca L.) is native to Europe and Asia. Colonists introduced Motherwort to North America, and it has been naturalized here quite...

Motherwort Herb (Leonurus cardiaca L.)is native to Europe and Asia. Colonists introduced Motherwort to North America, and it has been naturalized here quite easily and it can be found in neglected gardens, in orchards, by the roads. Other common names include throw-wort, lion's ear, and lion's tail.

The Greeks gave Motherwort to pregnant women suffering from anxiety hence the name “mothers herb” or “mother wort”. In the middle ages, the plant was considered by some herbalists to protect against evil spirits.

When consumed as a tea, Motherwort Herb is often combined with honey, ginger, lemon, sugar, or other strong flavors to help combat its bitterness.

How To Use Motherwort Herb Health Embassy

1-3 tsp of Motherwort Herb pour with 200ml of boiling water. Brew under the cover for 10-15 minutes, then strain and cool. Drink 2-3 times a day for half a glass. You can add some sweetener, as an infusion has a bitter taste.

2-3 tsp of Motherwort Herb pour with 200ml of cool water. Bring to a boil and simmer for around 5 minutes under the cover. Then infuse for 15 minutes, strain and let it cool down. Drink 2-3 times a day, in a dose a half of a glass. This mixture can also be used externally.

Mix one part of Motherwort Herb with seven parts of the 40% strength spirit in a glass dish. Close it tightly and put it in a warm place. After 2-3 weeks of maceration, strain the mixture and pour it into a bottle.