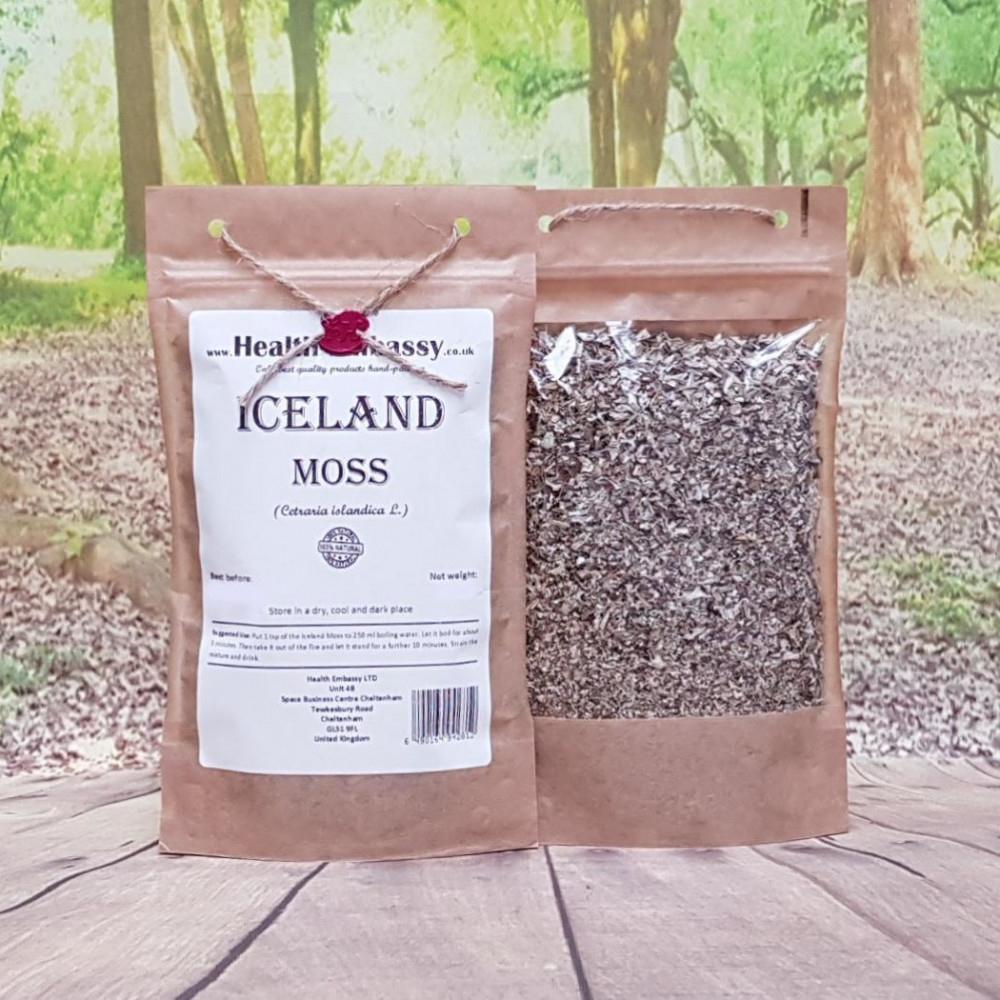 Iceland Moss (Cetraria islandica L) in a lichen native to the northern areas of Europe. It grows abundantly in the mountainous regions and it is especially...

Iceland Moss (Cetraria islandica L) in a lichen native to the northern areas of Europe. It grows abundantly in the mountainous regions and it is especially characteristic of the lava slopes and plains of the west and north of Iceland. It is found also on the mountains of north Wales and England and south-west Ireland.

Traditionally in northern Europe, the powdered Iceland Moss was used as a thickener in soups. It can be also ground and integrate into flour and use for bread baking. Iceland Moss is also a valued plant in the cosmetic industry, especially used for hair products.

How To Use Iceland Moss Health Embassy

Pour 1-2 tsp of the Iceland Moss with 200ml of the hot and boiled water. Leave it to infuse for about 10-15 minutes, then strain and drink. You can add some lemon juice, honey or stevia powder if desired.

2-3 tsp of Iceland Moss pour with 200ml of cool water. Bring it to a boil and simmer for about 15 minutes. Do not brew, strain immediately. Drink in a dose of 30-50ml, repeatedly during the day.

50g of Iceland Moss pour with 150ml of 60% strength alcohol. Leave to macerate in a cool and dark place for 14 days. After two weeks, filter the mixture and pour it into a bottle.

25g of Iceland Moss pour with 150ml of rapeseed or sunflower oil heated to a temperature of about 60°C degrees. Leave to macerate for 7 days. After a week, filter the mixture and pour it into a bottle. Apply externally.