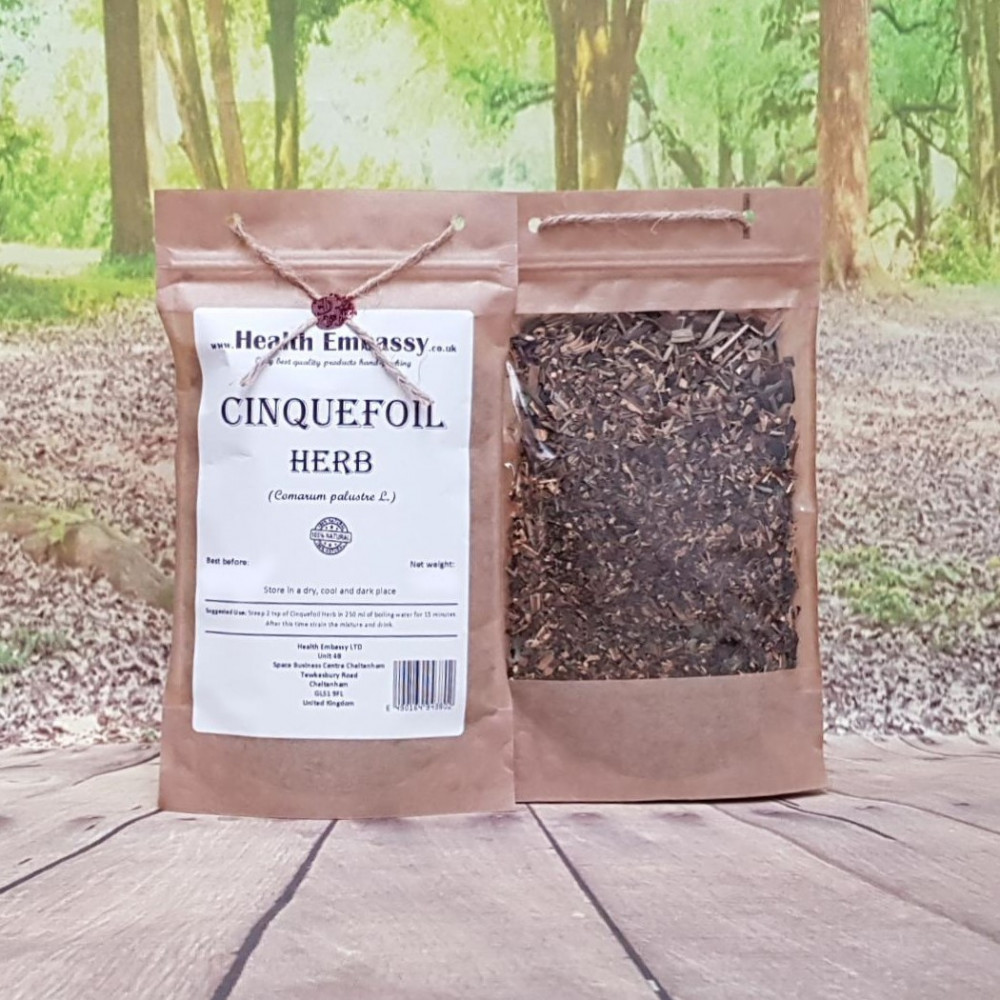 Cinquefoil (Comarum palustre L.) is a plant that grows in shallow waters throughout Europe, Asia, and North America. The plant is also called purple...

Cinquefoil (Comarum palustre L.) is a plant that grows in shallow waters throughout Europe, Asia, and North America. The plant is also called purple cinquefoil, marsh potentilla or purple marshlocks. Due to its characteristic appearance Cinquefoil is easy to recognize, at least when it is in flower, and it is well known to Finns.

From the flowers, the red dye might be obtained and tannin could be obtained from the root of the Cinquefoil plant. In the past, a plant used for tanning leather. Nowadays, due to the richness of ingredients, Cinquefoil is eagerly used in pharmacology and cosmetology.

In herbalism, Cinquefoil Herb is a well-known and promising plant that is widely used in the form of tinctures, decoctions, and extracts.

How To Use Cinquefoil Herb Health Embassy

Steep 1-3 tsp of Cinquefoil Herb in a cup (200ml) of boiling water for 10-15 minutes. After this time strain the mixture. You can add some lemon juice, stevia powder or honey if desired.

Use 1-3 tsp of Cinquefoil Herb to 250ml of boiling water and boil it for around 20 minutes. After this time strain the mixture.

Add 1 tbsp (15g) of Cinquefoil Herb to 500ml of cold water. Cover it and allow to stand for 2 hours. Then bring to boil, take off the stove and let it stand for an additional 2 hours. After this time strain it and use.