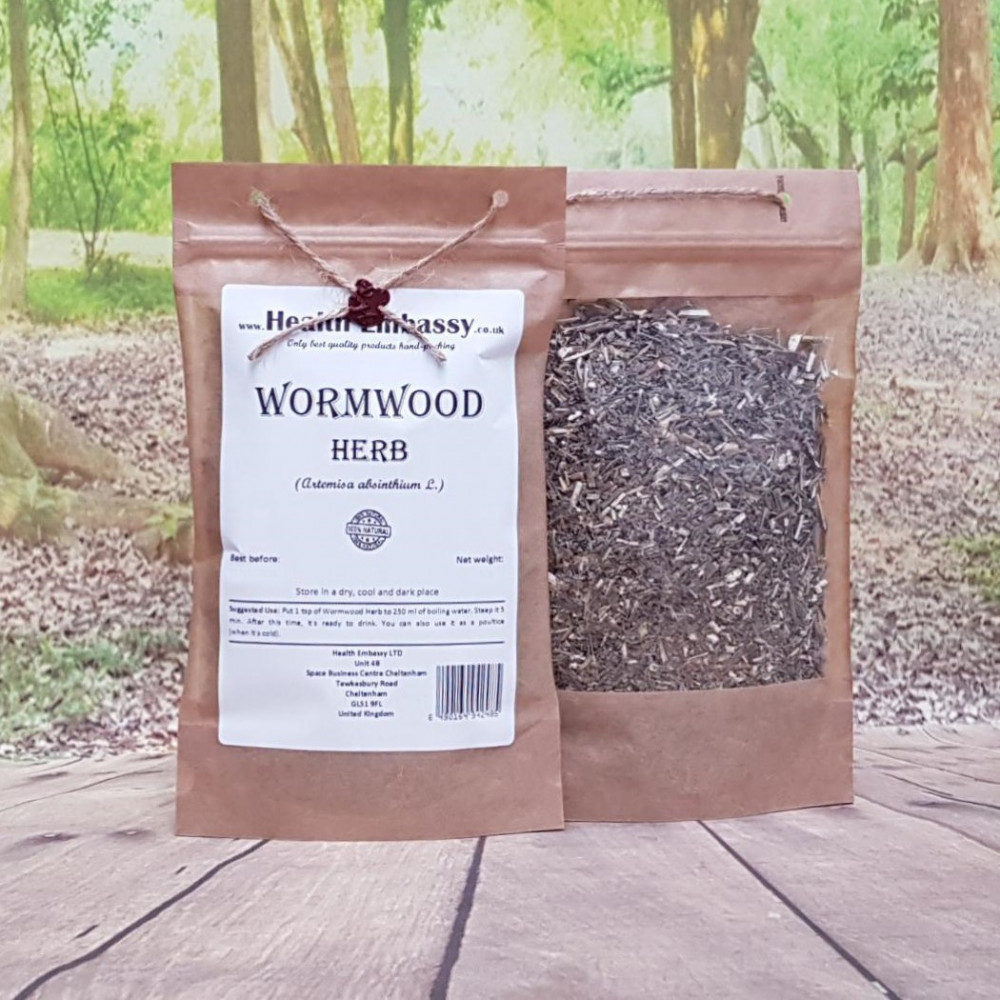 Wormwood (Artemisa absinthium L.) is indigenous to the temperate climate zones of Europe, Africa, and Asia. Today, it occurs throughout Europe and Asia in...

Wormwood (Artemisa absinthium L.) is indigenous to the temperate climate zones of Europe, Africa, and Asia. Today, it occurs throughout Europe and Asia in areas of temperate climate, moreover, in North and South America. Most often it can be found in fields and balks, on the edges of roads and the forests. Other common names of the plant include absinthium, absinthe wormwood, green ginger, grand wormwood.

Stem, leaves, and flowers of Wormwood have many herbal uses. For centuries, Wormwood Herb was considered a universal pest control in many countries. Wormwood bouquets were hung in rooms that were supposed to deter flies. It was even added to the ink to protect books from mouses. The dried herbs of this plant were used by Slavic during various protective and cleansing rituals, as well as religious ones, e.g. for determining the magic circle.

It is an ingredient in the spirit absinthe and is used for flavouring in some other spirits.

How To Use Wormwood Herb Health Embassy

1 tsp of Wormwood Herb pour with 250 ml of boiling water, cover and leave for 10-15 minutes, then strain the infusion. You can add some honey or stevia powder.

It can be used externally to wash the skin. It's also great for washing greasy stains and deposits from the body and clothing.

Grate 1-2 tbsp of Wormwood Herb in a mortar, put in a 1-litre bottle, then pour 70% hot spirit. Leave to stretch for 2 weeks. Shake it from time to time. After 2 weeks, strain it and use it.

50g of Wormwood Herb pour 150ml of 40% alcohol and leave in a deep dish for 24 hours. Then add 1 litre of dry white wine to the mixture. Set aside again for 1 day, then strain and pour into a bottle. Drink 1 tsp up to three times a day for half an hour before eating.