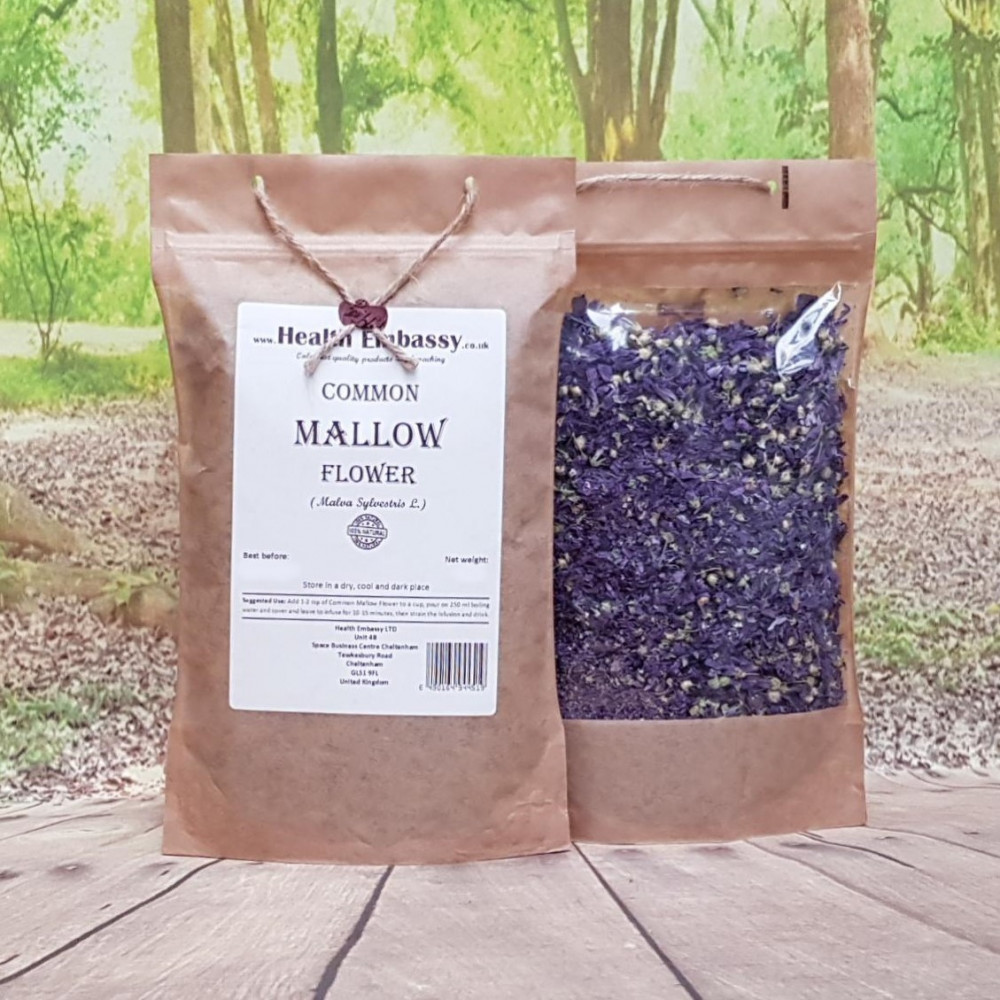 Common Mallow (Malva sylvestris L.)belongs to the family of Malvaceae plants that include also okra, cotton and hibiscus. That plant is also known under the...

Common Mallow (Malva sylvestris L.)belongs to the family of Malvaceae plants that include also okra, cotton, and hibiscus. That plant is also known under the common names of High Mallow, Tall Mallow, Blue Mallow, Cheese-cake, Pick-cheese, Round Dock, Country-mallow, Wild Mallow, Wood Mallow. It is often grown as an ornamental plant for its attractive flowers, produced for a long period through the summer.

Cosmetic companies use Common Mallow Flower extracts in various cosmetic products such as soaps, makeup, and skincare products. Mallow Flowers was once used to dye wool from blue to navy blue and grey. They were also used to give the red-purple color to the vinegar and enhance the color of red wines.

How To Use Common Mallow Flower Health Embassy

1-2 tsp of Common Mallow Flower pour 200ml of boiling water. Leave it to infuse undercover for around 10-15 minutes, then strain the infusion. You can drink it hot or cold.

You can also use this infusion as a mouthwash.

2 tsp of Common Mallow Flower pour with 200ml of cold water. Bring to a boil and simmer for 8 minutes. Then leave to brew aside undercover for 5 minutes. After this time strain and drink up to 4 times a day for 100ml.

50g of Common Mallow Flower pour with 350ml of cool water. Leave to macerate for about 8 hours. Then bring to a boil and leave to cool for 45-60 minutes and strain. For every 100ml of the infusion obtained, add 10 g of sugar and 100ml of honey. Warm-up to mix all the ingredients (in the adult version you can add 50ml of rum). Consume several tablespoons of syrup a few times a day.