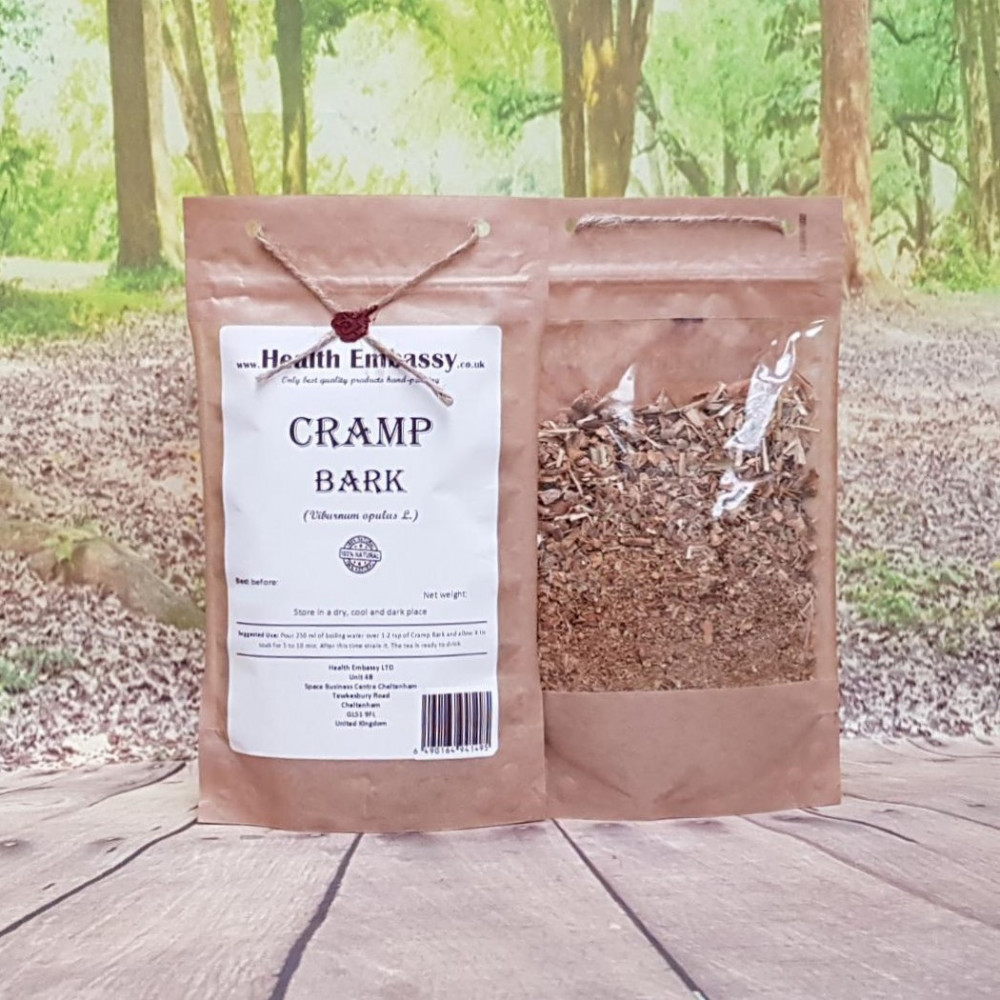 Cramp Bark (Viburnum opulus) is a shrub that grows in Europe, Asia and North America. Most often, this plant can be found in wetlands, by the banks of rivers...

Cramp Bark (Viburnum opulus) is a shrub that grows in Europe, Asia and North America. Most often, this plant can be found in wetlands, by the banks of rivers and streams. Other names of the plant include Common Guelder-Rose, Crampbark, Cranberry Bush, European Cranberry-Bush, Guelder Rose, Guelder-Rose, High Bush Cranberry, High-bush Cranberry, Obier, Rose de Gueldre, Snowball Bush.

The plant is a part of Slavic folk tradition pictured in embroidery work, mentioned in folk songs, and in Slavic mythology. Cramp fruit and bark have found application in herbalism, but its flowers and roots can also be used. Native Americans smoked Cramp Bark as a substitute for tobacco.

How To Use Cramp Bark Health Embassy

1-3 tsp of Cramp Bark pour with 200ml of boiling water. Steep it for around 10-15 minutes, then strain and drink. You can add some honey or stevia powder if desired.

2-3 tsp of Cramp Bark pour 200ml of cool water. Bring to a boil and simmer for 5 minutes, then brew undercover for about 30 minutes. Strain and drink this portion as 3 or 4 doses.

50g of crushed Cramp Bark pour 150ml of 40-50% alcohol heated to a temperature of about 60°C. Close the vessel tightly and allow it to macerate in a dark place for at least 7 days. After a week, filter, pour into a bottle. Consume 2-3 times a day in a dose of half of the teaspoon.

100g of crushed Cramp Bark pour with 0.5 l of vodka and 0.5 l of water. The bark should be poured with vodka and water. Then close it tightly in a container and shake daily for 2 weeks. After this time the tincture is ready for consumption after straining. It should be kept in the fridge.